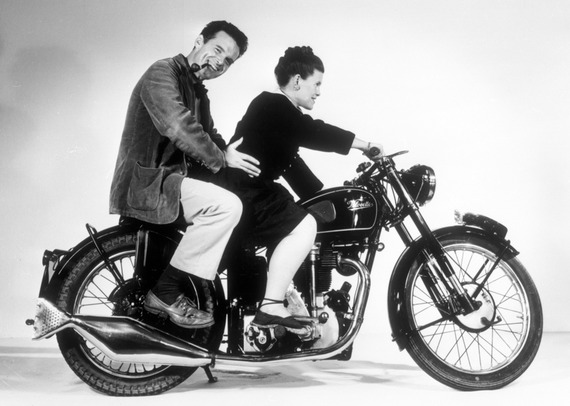 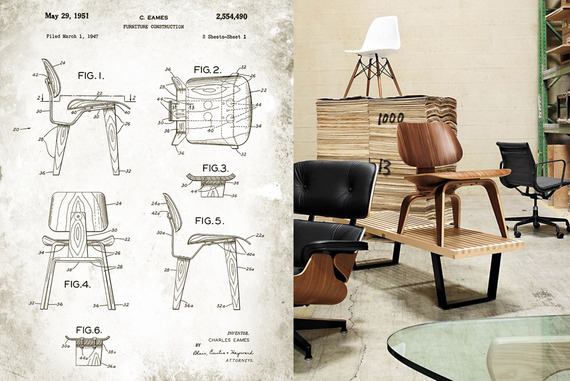 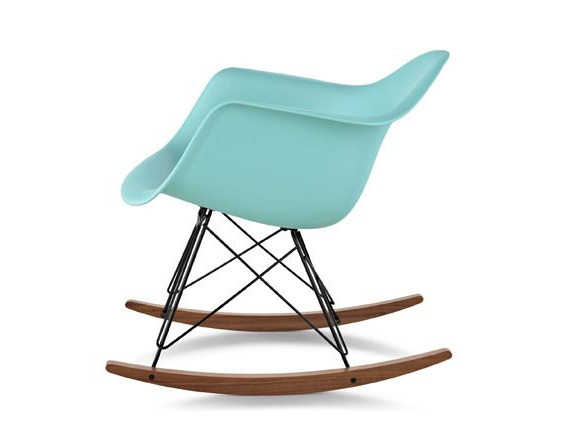 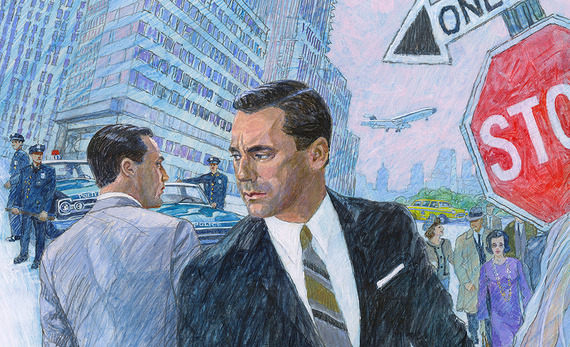 Mad Men Season 7 is upon us. For those of you who are unfamiliar, Mad Men is set in the 1950's and 1960's on Madison Avenue where the self-proclaimed "mad men" are defining modern-day advertising.

Don Draper is a self-made ad man with a silver-lined career and a personal life that often resembles a car crash. Aside from the spectacle of Don's personal life, it is always interesting to hear the ideas and pitches Don comes up with for his iconic clientele and their products.

Here are 3 of our favorite Don Draper quotes that are sure to inspire you:

1. "Success comes from standing out, not fitting in."

Sounds just about right, doesn't it? It's easy to say, but often takes a lot of thought, insight, and sometimes courage to zig while others are zagging.

The most important thing you can do for your business, is embrace change. Just because your branding looks a certain way or your copywriting sounds a certain way doesn't mean you have to be stuck there. If it's not working for you, change it. Don't get stuck in the past.

3. "Just think about it deeply, then forget it… then an idea will jump up in your face."

Let's face it, being creative all the time is hard. As professionals we expect great ideas to flow like wine between 8am and 5pm. In reality, creativity doesn't work that way. We will often spend time in the deep trenches of an idea, thought, or concept only to come out empty-handed.

The solution often comes into being outside of the confines of office hours or an official brainstorm. Ideas flow when you least expect them to. That's just how it works. Don knows it, we know it, and now you know it too.

Do you have a favorite Don Draper quote? Share it!

Here's what we came up with for our fictitious Blossom Bubble Tea. Now, if only it was just around the corner from us, we'd be regulars.

It is generally understood that the definition of madness is to repeat the same activities, thoughts, and behaviours and expect a different result. If you continue to do what you've always done, you'll see the same results.

If you want different results in your business, you have to change something.

Do you want greater sales?

Here are a few ideas:

Do you want to connect with your customers?

Do you want your brand to become recognizable?

Maybe it's time to:

These are just a few ideas.

Imagine how picking any one of these ideas to act on could change your business and help you get the results you're looking for. Isn't that exciting?

What are you waiting for? Great results are just ahead.

When you think about January, resolutions - especially personal ones -automatically come to mind. Lose 5 pounds, eat more vegetables, go on a vacation.

Why not do the same for your business?

Make January a time of reinvention for your company. Maybe this is the year you'd like to refresh your corporate identity, interact with your customer base, sync up your marketing materials, rebrand your website, or begin an email newsletter campaign.

January is the perfect time to consider how this year will be even better for your business than last year. We've got over 300 days ahead of us, so what would you like to accomplish this year?

Here are some questions we've put together to help you start thinking about your business goals and how branding, design, and social media can help you achieve them.

Consider how your existing and potential customers see your business. New customers will see you through your brand first. Make a great impression.

Social media is an opportunity to have an authentic and immediate conversation with your customers.

A year from now, what will you wish you started today?

Our services are available for hire. We enjoy working with companies who value creativity and believe a strong brand can make all the difference.

I’m ready, let’s get started.
Thanks for stopping by. Request our services